Maverick called 2020 the worst year of his career having finished the title fight in 11th place behind satellite Yamaha riders Morbidelli and Quartararo. Despite showing signs of brilliance throughout the season, he struggled with his factory Yamaha, as did teammate Valentina Rossi. He looks forward to a renewed assault on the championship for 2021 with Monster Energy Yamaha.

2013 Moto3™ World Champion Maverick Viñales took the lightweight title in the CEV in 2010, as well as the European 125 Championship the following year, and debuted in the 125 World Championship in 2011. He won four races in his rookie year – third in the Championship and Rookie of the Year – and then took that title in 2013. As a Moto2™ rookie in 2014, Viñales was again Rookie of the Year and won four races – moving up to MotoGP™ the year after with Team Suzuki Ecstar. Another Rookie of the Year trophy followed, before the Spaniard then took Suzuki’s first race win since 2007 – and his maiden MotoGP™ win – at the British GP in 2016. For 2017, Viñales moved to Movistar Yamaha MotoGP to partner none other than Italian legend Valentino Rossi. After dominating pre-season testing, the Yamaha rider won the first two races of the year and the French GP, but the Movistar Yamaha team’s struggles with low grip then saw a more difficult latter half of the season. Viñales came third overall, and the struggles continued into 2018. It was the Spaniard who brought Yamaha’s longest losing streak to an end, however, as he won in Australia. 2019 started slowly for Viñales, picking up just the solitary podium in the first seven races. However, victory at Assen then put the wheels in motion for a fantastic latter half of the season. Five podiums, including a win in Malaysia, saw Viñales claim P3 in the Championship for 2019.

We have a wide range of Maverick Vinales merchandise including t-shirts, hoodies, fleece, jackets and caps. 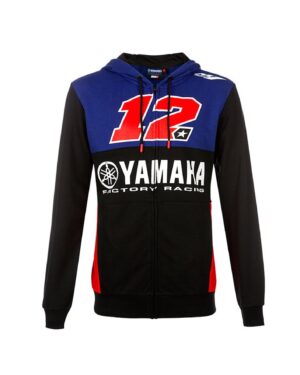 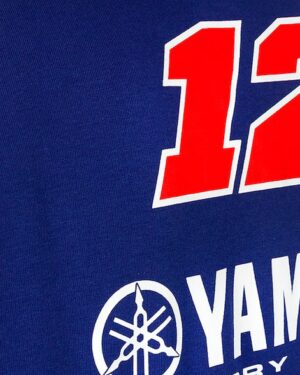 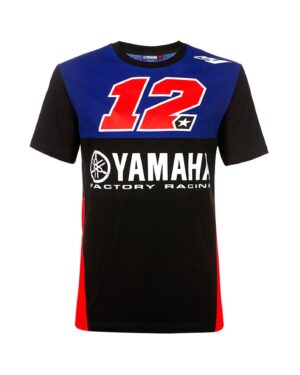 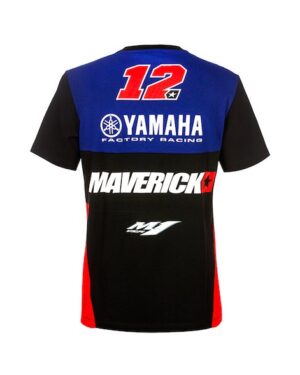 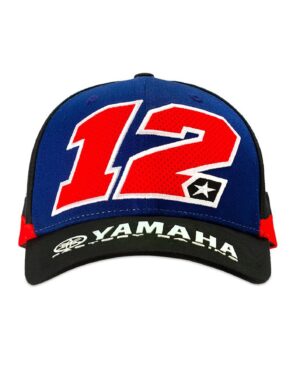 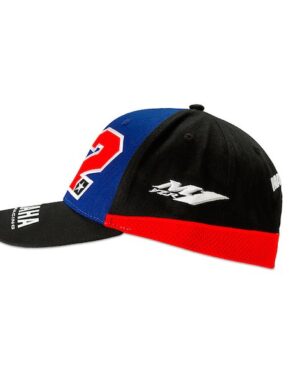