Petrucci is known as one of the nicest guys in the MotoGP paddock, his quick wit, infectious smile and the fact he wears his heart on his sleeve, makes him a fan favorite. Danillio won the 2011 national Superstock Championship in his native Italy, as well as finishing runner up in the FIM Superstock 1000 Cup in the same year.

A test rider for Ducati’s Superbike project, ‘Petrux’ then moved into MotoGP™ in 2012 with IodaRacing Project. In his second year the Italian scored points an impressive 11 times, and following recovery from a wrist injury, Petrucci then moved to Octo Pramac Yakhnich thereafter and then scored his first podium at Silverstone in 2015. 2016 was interrupted by injury, but the Italian showed his talent sufficiently to gain a 2017 Ducati for this season whilst remaining with Pramac – the only non-Ducati Team rider to have the new machine.

2017 was his best season yet, with numerous podiums and on occasion, threats at the victory. He stayed at the squad for 2018 and impressed once again, earning a seat at the factory Ducati Team for 2019. A run of nine-straight top six results saw Petrucci begin his factory career in fine style, with a fairy-tale maiden Grand Prix victory coming his way at Mugello which brought the entire paddock to its feet and left it in tears. In 2021 Danilli joins the Red Bull KTM team. 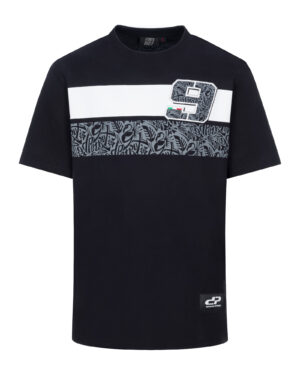