Italian rookie Lorenzo Savadori arrived in the 125cc World Championship tipped for big things, thanks to his packed résumé in various two-stroke competitions. Savadori was born in Cesena, Italy in 1993, and it wasn’t long before he was swinging his leg over a bike for the first time. Introduced to racing by his father, the youngster took a standard apprenticeship in junior disciplines before being picked for the inaugural edition of the Red Bull MotoGP Rookies Cup in 2007. He immediately impressed onboard the standard KTM 125cc bike used in the youth initiative, taking victory in the opening race of the competition at Jerez. He finished runner-up in the 2007 series. Following that success, Savadori made an assault on the Italian national 125cc crown in 2008. The standout rider in the class, he took the title in what was a busy year. In the summer he had competed in the European Championship event at Albacete, winning the 125cc race and adding to his impressive CV. 2008 also saw him make his debut in the World Championship with an Aprilia as a wildcard entrant. He competed at Mugello, Misano and Valencia, and was snapped up for a first full season in the 125cc class in 2009 by Fontana Racing. He only finished 4 out of the 13 races he started but Savadori did manage an impressive 9th place finish in Mugello. Then the Italian rode with Matteoni C.P. Racing, before he moved to the CIV STK Championship and the FIM STK1000 Cup in 2011. He stayed in STK1000 in 2012 and took his first win at Monza, coming fifth overall and repeating that in 2013. In 2014 he made a step forward and took second overall, before Savadori took the crown in 2015 after four wins and seven podiums. For 2016 he moved up to WorldSBK and has since been a regular threat for the top five and top ten, having some impressive pace. He moves up to the Premier Class from MotoE having already replaced Brad Smith for several races in 2020. 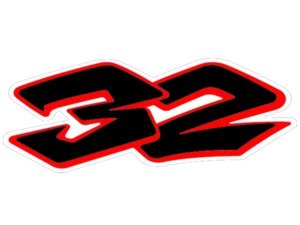